The Tolerator commemorates a period in Dutch politics when Cabinet Rutte 1 was made possible in October 2010 by tolerating support of the populist right wing PVV (Party For Freedom) who then acted as an opposition party supporting the government’s policy.
The Tolerator is a monument for the inability to be actually involved and take responsibility for decisions. This is personified in a man who is hiding his true identity behind his back and among other things has multiple noses pinned on him, wears his fair hair as if it is blown in the wind while the back of his head is punctured with white feathers. 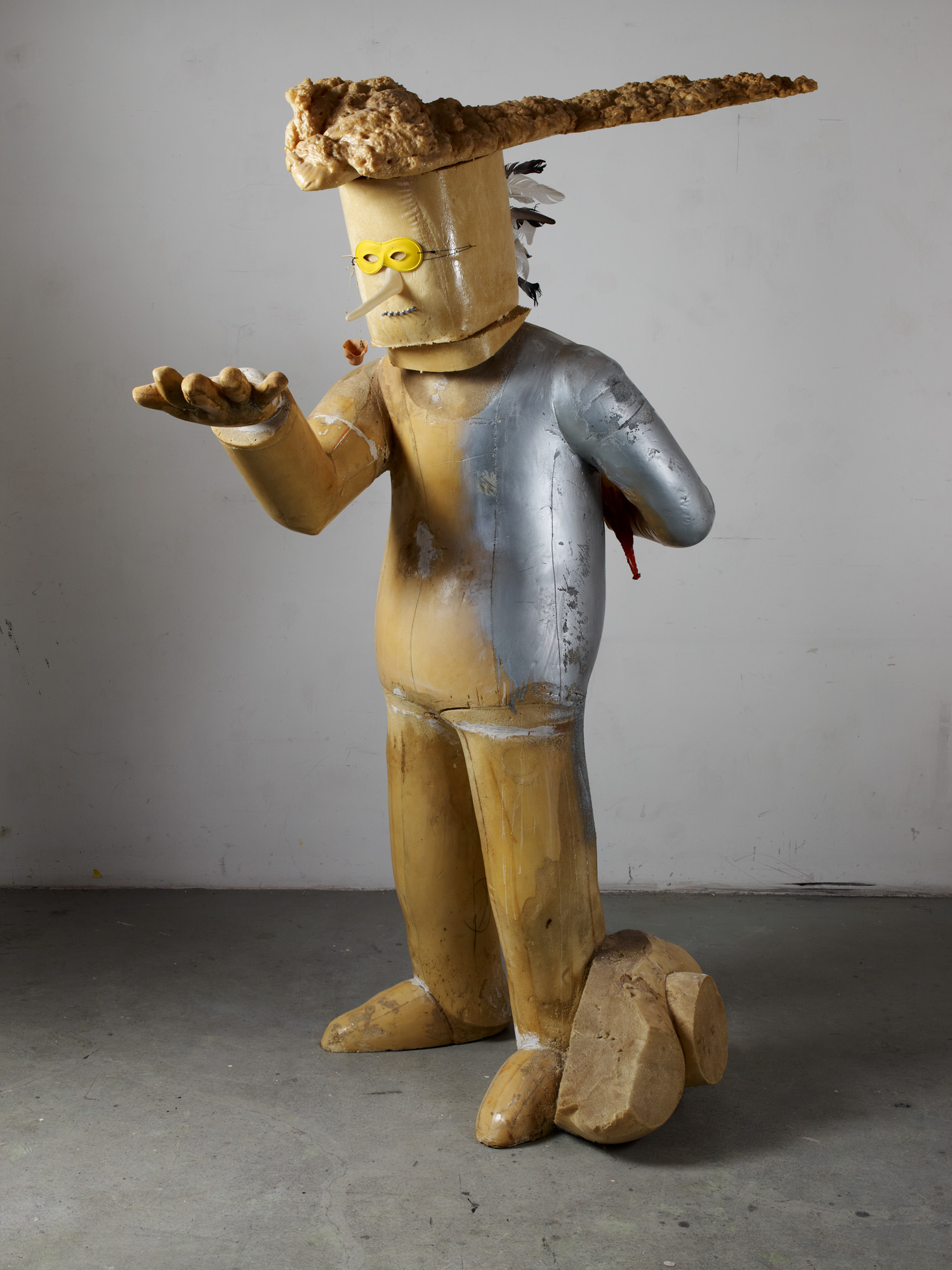 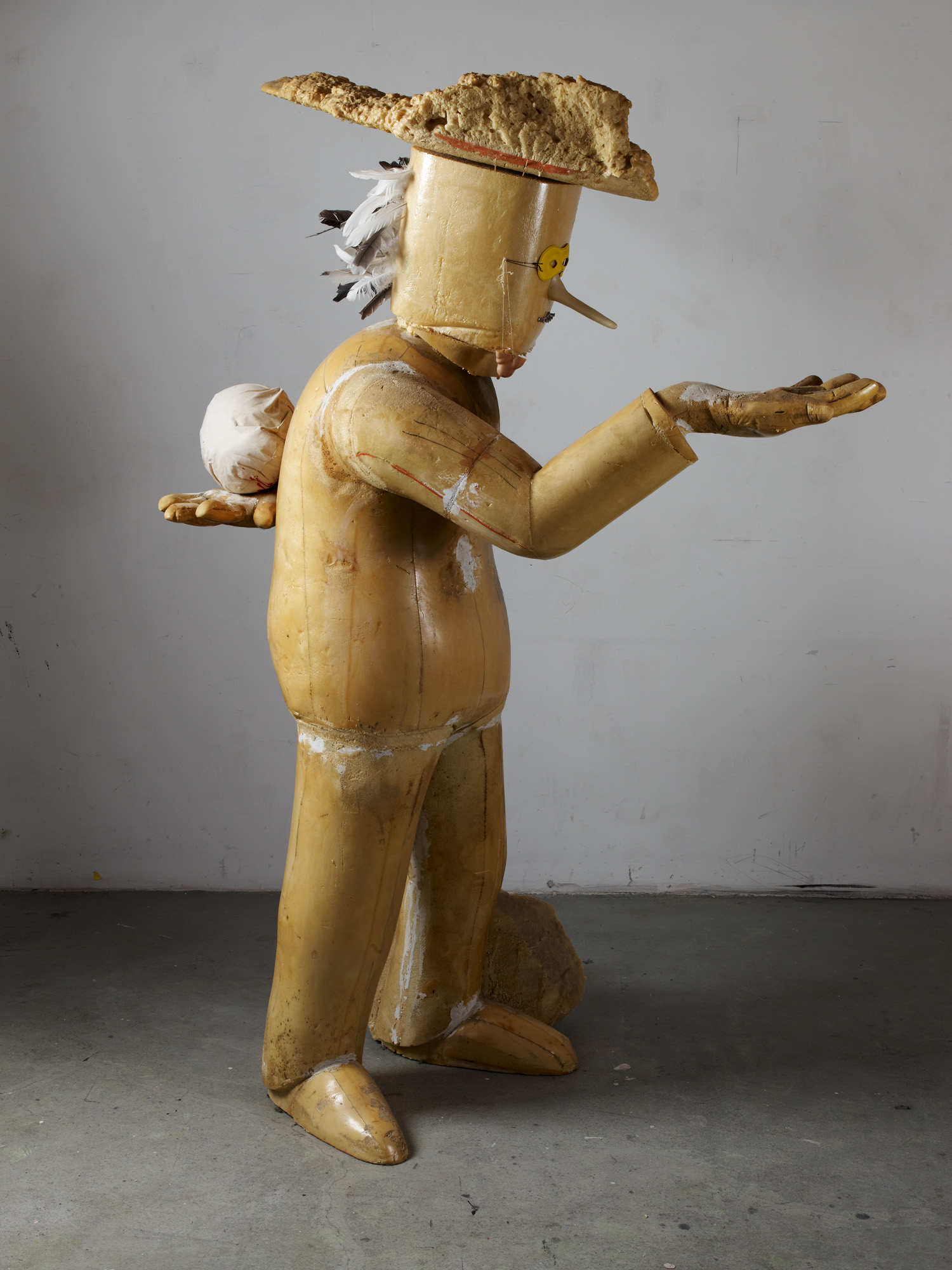